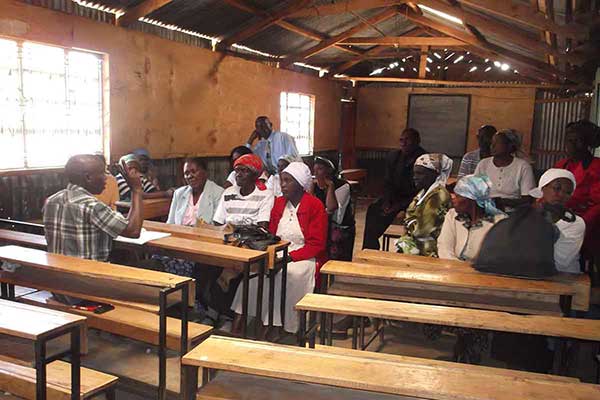 The Kamaru Grandmothers Group was formed in 2013 and now has 22 members, all of whom are over 50 and have HIV. Their activities include savings projects, skills training, and raising awareness about HIV.

Most of the group caught HIV from their daughters, who had become sex workers due to economic hardship and lack of education.

When the girls became ill they went home and were cared for by their mothers. Lack of knowledge at the time meant that no precautions were taken when wounds were tended or children born, leading to the spread of the virus from child to caregiver. These women cared for their children or the orphans of their children on very little income, until they formed a group to help themselves and each other.

Their activities include table banking (individual savings being pooled and loaned to members of the group for a very low fee), Merry-go-rounds (where each week the group members contribute a few shillings which is given to members in turns), awareness raising about HIV, and being trained in different skills for free by Compassion CBO.